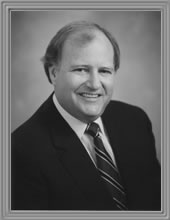 Jim Parsons has law offices in Athens, Crockett, Dallas, Palestine, and Tyler. He formerly was a name partner in the Palestine law firm of Parsons & Thorn, P.C. After graduation from high school in Houston, Parsons completed Lon Morris College in Jacksonville and received his B.B.A. from Baylor University in Waco in 1965. He earned a J.D. from the University of Houston School of Law in 1969. While in law school, Parsons served as president of the Student Bar Association, chief justice of the honor court, and was on the Dean’s List. He was a member of Phi Alpha Delta.

Following graduation from law school, Parsons practiced law in Houston. He moved to Palestine in 1969 to join the firm of Paxton & Whitaker where he practiced until he formed his own firm in 1979. Parsons has a general trial practice that allows him to represent both sides of the docket. He is board certified by the Texas Board of Legal Specialization in Civil Trial, Personal Injury, and Family Law. He also served as a district judge in Anderson, Henderson, and Houston counties.

Parsons is a member of the College of the State Bar of Texas and served on the Continuing Legal Education Committee. He was vice chair of the Minimum Continuing Legal Education Committee in 1987. In 1986, Parsons was awarded the Chairman’s Award of Merit for Outstanding Service as director of the State Bar of Texas. Parsons was elected president of his local bar in 1974 and president of the Texas Association of Certified Civil Trial Lawyers in 1982. He served as a director of the East Texas Trial Lawyers Association during 1987-88 and is an advocate in the American Board of Trial Advocates. He was elected president of Tex-ABOTA in 2012.

Parsons was appointed to the Texas Board of Corrections in 1985 and was elected secretary of that board. He served as a municipal judge of Palestine during 1973-74 and is a past president of the Palestine YMCA, Lions Club, and American Heart Association. He is a member of the Palestine Chamber of Commerce.