The State Bar of Texas Public Affairs Committee is pleased to announce the winners of the 2020 Texas Gavel Awards. The awards honor journalism that deepens public understanding of the legal system. For more information about the award rules and eligibility requirements go here.

In a rare tie, the Texas Gavel Awards judges have selected entries by co-workers Jolie McCullough and Emma Platoff as winners of this category. 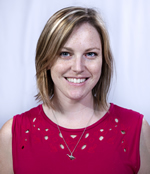 Jolie McCullough wins for a four-part series on intellectual disability and the death penalty. In 2002, the U.S. Supreme Court ruled that executing people with intellectual disabilities is cruel and unusual punishment, but left it up to the states to devise their own standards for determining whether someone was intellectually disabled. The Texas Legislature has not created such standards. Together, McCullough’s stories illuminate the struggle of lawmakers, district attorneys, judges, and advocates to answer a key ethical question: How should the state make the life-or-death decision about whether an inmate is eligible for the death penalty?

McCullough reports on criminal justice issues and policy for The Texas Tribune. She came to the Tribune in early 2015 from the Albuquerque Journal, where she worked for four years on breaking news and data-driven projects. She is a graduate of Arizona State University’s Walter Cronkite School of Journalism and Mass Communication.

Here is her winning series: 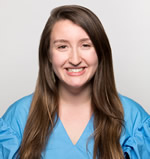 Emma Platoff wins for her story about how Texas billionaire John Paul DeJoria turned to lobbyists and the Texas Legislature to help him in his efforts to toss out a $123 million judgment won against him in Morocco.

Platoff covers the law and its intersections with politics for The Texas Tribune, where she started as a fellow in 2017. A graduate of Yale University, Platoff is the former managing editor of the Yale Daily News.

Here is her winning story: 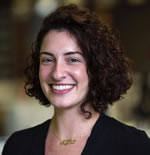 Nadia Hamdan of Austin’s NPR station KUT 90.5 wins for The Provability Gap, a four-part broadcast that explores why in a year in which Austin had the highest number of reported rapes among large cities in Texas, only one person was convicted of the crime. The series explores why so many sexual assault cases go unpunished and the difficulties of creating a justice system that is “survivor-focused.”

Hamdan’s reporting has been heard on NPR's “Morning Edition,” “All Things Considered,” “Here & Now” and the “BBC World Service,” among others. Her work has earned her a Barbara Jordan Media Award for excellence in reporting on people with disabilities in Texas. She received her bachelor’s degree in international relations and global studies at the University of Texas at Austin.

Here is her winning series:

The Provability Gap: Why sexual assault cases are so hard to prosecute in Austin

Tony Plohetski wins for his work reporting the story of a Williamson County man’s wrongful conviction for sexual assault of a child. The story details how the accused was pressed into a false confession while prosecutors withheld exculpatory information.

Plohetski is an award-winning journalist whose work spans print, television, and digital media. Since 2000, he has been a member of the Austin American-Statesman’s investigative team and often focuses on law enforcement and criminal justice issues. His investigative reporting has led to substantial government policy changes, broken new ground on controversial police shootings, and captured political drama stretching from the governor’s office to the county courthouse.

Here is his winning story:

No awards were given in the Broadcast-Non-Metro and Print-Non-Metro categories.