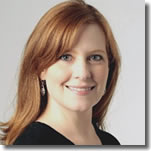 Lisa Falkenberg of the Houston Chronicle for “Dead Man Waiting,” a series of columns exploring the case of Alfred Dewayne Brown, whose 2005 conviction and death sentence for the murder of a Houston police officer were reversed by the Texas Court of Criminal Appeals. Falkenberg revealed how a Harris County grand jury threatened Brown’s chief alibi witness, his girlfriend, until she agreed to testify against him - revelations that helped spur a successful push for grand jury reform in the 84th Texas Legislature.

Falkenberg, winner of the 2015 Pulitzer Prize for Commentary, has been a Houston Chronicle metro columnist since 2007. She writes twice weekly on topics ranging from education to the death penalty. A sixth-generation Texan, Lisa is the daughter of a truck driver and a homemaker, raised in Seguin. While studying journalism at the University of Texas, she covered the Legislature for two news bureaus. She joined The Associated Press’ Dallas bureau in 2001 and the Chronicle in 2005. Her columns have earned top honors from the American Society of News Editors, the Texas Associated Press Managing Editors, and she was a 2014 finalist for the Pulitzer Prize. 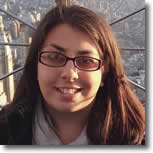 Jessica Priest of the Victoria Advocate for “Is Probation Enough Punishment?” analyzing the rate at which Victoria County prosecutors suggested DWI defendants be placed on probation and finding that misdemeanor defendants were given probation more than the state average. The district attorney’s office subsequently announced it would stop accepting plea agreements for misdemeanor DWIs.

Priest is the Victoria Advocate’s courts reporter, where she holds public officials accountable and gives a voice to marginalized people. She won three Texas Associated Press Managing Editors awards for explaining how a policy freed convicted murdered Bennie Ray Dupnik Jr., how a doctor was not evaluating patients face-to-face, and how a flash fire at Formosa Plastics plant injured 14 workers. Officials say Dupnik later killed his girlfriend and then himself. The doctor was indicted for violating Texas medical laws, and the workers sued Formosa. Priest is a former Temple Daily Telegram city government reporter and Houston Chronicle intern.

Sally Hernandez, Josh Hinkle, and Mark Batchelder of KXAN-TV in Austin for “7 Minutes to Live: Crisis in Child Protective Services Courts.” The report concluded that children were rushed through the court system because of a heavy caseload and lack of time and funding. 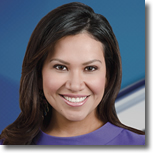 Sally Hernandez anchors the Emmy award winning morning show on KXAN. A proud Texan, Sally has called Austin home for more than a decade working her way up the ladder from news intern in 2001 to morning anchor for KXAN News Today. In 2015, the Texas Associated Press Broadcasters recognized her as Anchor of the Year. A mom of two feisty kids and married to a sportscaster, Sally tries to juggle family and career while sleep deprived! 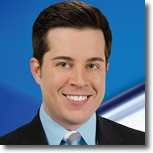 Josh Hinkle, named Reporter of the Year by the Texas Associated Press Broadcasters in both 2012 and 2013, is KXAN’s Executive Producer of In-depth & Investigative Content. In 2013, he also earned an Emmy as Best General Assignment/Spot News Reporter in Texas. Josh also hosts "State of Texas: In-depth," a Sunday morning program devoted to coverage of the Texas Legislature and elections. The show earned an Emmy in both 2013 and 2014 as the Best Political Program in Texas ­ and in 2015, his work on the program was honored with the Walter Cronkite Award for Excellence in Television Political Journalism. 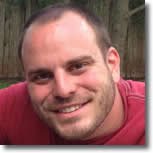 Mark Batchelder has brought his visual storytelling talent to Austin viewers for more than a decade. A veteran video journalist, Mark serves as lead morning photographer for KXAN News Today. His work has been recognized by the Texas Associated Press Broadcasters. He is also a proud husband and father of two. 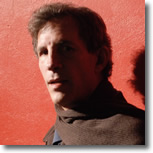 Lorne Matalon of Marfa Public Radio for “Texas Case vs. Border Patrol May Set Precedent,” a report exploring whether a court case could set a precedent in alleged racial profiling cases brought against the Border Patrol.

Matalon is the Fronteras reporter based in Marfa, Texas, at Marfa Public Radio. He began reporting from Latin America in 2007 where he was based in Mexico City for The World, a co-production of the BBC World Service, Public Radio International, and NPR member station WGBH, Boston. Previously he was at NPR member stations WUNC, Chapel Hill, North Carolina and WBUR, Boston. During that time he filed for NPR from Haiti and Mongolia. Prior to working at WBUR, Matalon was a television reporter in Boston and at CBC Television where he reported from Canada, the U.S., Brazil, and Cuba. His articles and photographs have appeared in the Boston Globe, the San Diego Union-Tribune, ReVista, published by Harvard's Rockefeller Center for Latin American Studies, La Recherche (Paris) and The World Today (London), a publication of the international affairs organization Chatham House. He has produced several television documentaries, among them Brazil: Amazon War, Sudan: Freedom for Sale and Guantanamo.

Jordan Smith and Liliana Segura of The Intercept are the winners for “Is Texas Getting Ready to Kill an Innocent Man?” The story explores lingering questions in the case of Texas death row inmate Rodney Reed and illuminates broader tensions within the capital punishment system. 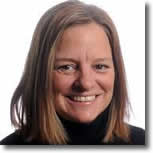 Jordan Smith is a state and national award-winning, Texas-based investigative journalist, who joined The Intercept in 2014. Prior to joining TI’s staff, she covered criminal justice issues for The Austin Chronicle for more than 13 years. During her time with the Chronicle, Jordan developed a reputation as a resourceful and dogged reporter with a talent for analyzing complex social and legal issues, and is regarded as one of the best investigative reporters in Texas. Her work has also appeared in The Nation, The Crime Report, and Salon, among other places.

Liliana Segura is a journalist and editor with a longtime focus on prisons, prisoners, and the failings and excesses of the U.S. criminal justice system—from wrongful convictions to the death penalty. She covered these and other issues most recently as an editor at The Nation, where she edited a number of award-winning stories. Previously she was a senior editor at AlterNet. Her writing has been reprinted in numerous places, from prison publications to The Best American Legal Writing to, most recently, the collection Against Equality: Prisons Will Not Protect You. Liliana is on the board of the Campaign to End the Death Penalty and the Applied Research Center, a U.S. racial justice think tank. She lives in Brooklyn.