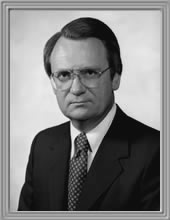 Wayne Fisher of Houston is the 101st President of the State Bar of Texas. A native of Cameron, he received his B.B.A. degree with honors from Baylor University in 1959. In 1961, he received his LL.B. degree with honors, also from Baylor, graduating at the top of his class. Upon graduation from law school, Fisher was associated with the law firm of Fulbright & Jaworski for five years. Since 1966, he has practiced in his own firm in Houston, the partnership of Fisher, Roch & Gallagher. Fisher is a Fellow of the American College of Trial Lawyers, International Academy of Trial Lawyers, and American Bar Foundation. He is also a Fellow of the Texas Bar Foundation and served as secretary of that organization in 1973-74.

A former director of the State Bar from 1971 to 1974, Fisher served as president of the Texas Trial Lawyers Association from 1974 through 1975 and as a member of the board of governors of the Association of Trial Lawyers of America in 1976-1979. In addition, he is a member of the Inner Circle of Advocates, American Board of Trial Advocates, and Supreme Court Advisory Committee. Fisher formerly chaired the Administration of Justice Committee and the Special State Bar Committee to Study Disciplinary Procedures. He also served on the Selection, Compensation, and Tenure of State Judges Commit-tee from 197 5 to 1977 and was the 1980 vice-chairman of the Tort and Compensation Section. Fisher has authored many articles in legal journals and is a frequent lecturer at legal seminars. He married the former Patsy Mullinax, and they have two children.