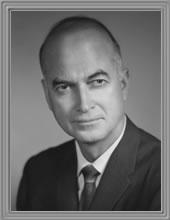 Ralph W. Brite was the son of Tom S. and Nora C. Brite. He was born in Bexar County, Texas, on June 27, 1917. In 1934 he married Thelma Errington. Brite received his B.S. degree in 1937 from Southwest Texas State University where he was business manager of the College Star newspaper and a member of the freshman tennis team. He then attended the University of Texas law school and was awarded an LL.B. degree in 1942. Brite was admitted to the Bar in 1942 and practiced for several months in Pleasanton, Texas, before eventually moving to San Antonio. During World War II he served as a captain in the U.S. Air Force. He was a group bombadier with the 5th Bomb Group of the 13th Air Force in the Pacific Theater and was awarded a Bronze Star and an Air Medal with seven oak-leaf clusters.

In 1953 Brite was elected president of the San Antonio Bar Association. He was chairman of the Board of Directors of the State Bar in 1963-1964; and then following a term as vice-president, he was elected State Bar President for 1968-1969. During Brite's presidency, plans and financing were completed for the $75,000 addition to the State Bar Building in Austin. Brite promoted the enlargement and expansion of the Continuing Legal Education Program and presided over a Regional Bar Officers Conference. Brite became a charter member and Fellow of the Texas Bar Foundation and is a former member of the State Bar's Grievance Committee for the 20th District. He served as vice-president of the American Judicature Society, and in 1973-1977 he was a member of the A.B.A.'s House of Delegates. In 1954 Brite served as San Antonio city attorney. A political independent and active member of the San Antonio Chamber of Commerce, Brite was also a director of both the McMullen County State Bank and the Charlotte State Bank. Brite died on August 8, 1993.