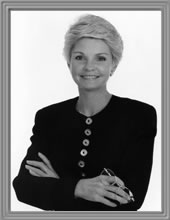 M. Colleen McHugh is a sole practitioner in Corpus Christi. She formerly was a shareholder with the law firm of Matthews & Branscomb, P.C., where she headed the firm’s labor and employment law department in Corpus Christi. Board certified in labor and employment law, McHugh earned a B.A. from SMU in 1969 and J.D. from St. Mary’s University School of Law in 1981. She served on the State Bar Board of Directors from 1990 to 1994 and on its executive committee from 1991 to 1994. She was elected chair for the 1992-93 Bar year. While on the board, McHugh chaired the Nominations and Elections and Goals and Implementation committees. She also served on five other committees, including the Budget Committee. McHugh was twice awarded a State Bar Presidential Citation. In 1988, she received a Certificate of Merit for outstanding State Bar service. McHugh is a past chair of the State Bar Alternative Dispute Resolution Committee and is a sustaining life fellow of the Texas Bar Foundation. Active in her community, she is a former Corpus Christi Bar Association president. McHugh also served on the boards of the Greater Corpus Christi Business Alliance, the National Conference of Christians and Jews, Corpus Christi Region, and Teen Court, Inc.