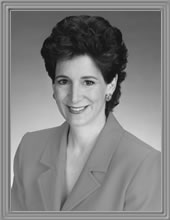 Lynne Liberato is a partner in Haynes and Boone, L.L.P. in Houston, where she focuses her practice on appellate law and litigation. In addition to serving as president of the State Bar of Texas, she is a past chair of the State Bar Board of Directors (1996-97) and State Bar Appellate Section (1997-98). She has served on the Texas Bar Journal Board of Editors and is a former president of the Houston Bar Association (1993-94). During her year as State Bar president, Liberato sought to reach out to members via technology by launching MyTexasBar, a web portal for news, research, and resources.

Liberato is the author of numerous law review and law journal articles, and she has argued cases before the U.S. Supreme Court, state and federal appeals courts, and federal and state trial courts. She is certified in civil appellate law by the Texas Board of Legal Certification, and she co-authored Summary Judgments in Texas, considered the “bible” of summary judgments, and Texas Practice Guide.

She is a Sustaining Life Fellow of the Texas Bar Foundation and a member of the American Law Institute and serves as president of the Texas Supreme Court Historical Society (2011-12). In addition, she received the 2006 State Bar Gene Cavin Award for excellence in continuing legal education and the 2010 Leon Jaworski Award for her work with the community.

In the community, Liberato is a longtime supporter of the United Way of Greater Houston, serving as board chair in 2005-07 and being named the organization’s Volunteer of the Year in 2008. She also served on the boards of the Greater Houston Partnership and U.S. Naval Academy Parents’ Club of the Texas Gulf Coast and on the executive committee of the South Texas College of Law Board of Directors.

Liberato received her B.S. from Sam Houston State University in 1974, M.A. from Texas A&M University-Commerce in 1978, and J.D. from South Texas College of Law in 1980. She has been named a distinguished alumna from all three schools.