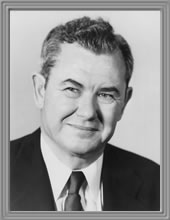 Leo Brewster served as President of the State Bar of Texas during 1958-1959. He engaged in a concerted effort to bring the State Bar closer to the grass-roots level so that the individual lawyer, wherever he was located, would appreciate the value and services of the Bar. He improved the Bar's public relations program, and he got the Board of Directors to adopt a constructive legislative program well in advance of the opening legislative session in order to provide the legislators with enough time to adequately study the program. Brewster was born and reared in Fort Worth. He attended the University of Texas at Austin and received his LL.B. degree in 1926. During college he was on the U.T. tennis team and played in the National Intercollegiate Tennis Tournament. He enjoyed hunting quail and training bird dogs. He married Lois Rice of Yoakum, Texas, and they had two daughters.

After his admission to the Texas Bar in 1926, Leo Brewster returned to Fort Worth to practice. In 1935-1938 he was first assistant district attorney for Tarrant County. He was president of the Fort Worth-Tarrant County Bar in 1952-1953 and later served as vice-president of the Junior Bar, which he helped to organize. Before becoming President of the State Bar of Texas, Brewster served on the Board of Directors during 1953-1957 and was chairman of the board in 1955-1956. He was a member of the American Bar Association and a Fellow of the American College of Trial Lawyers. He was a founder of the Fort Worth Junior Chamber of Commerce and became its first president. In 1961 Brewster was appointed to a federal judgeship in the Northern District of Texas. He became the chief judge of the Northern District in 1972, but he retired from the bench in 1973. His brother Harris Brewster has also served as a judge in the 67th District Court of Texas. Brewster died on November 27, 1979.