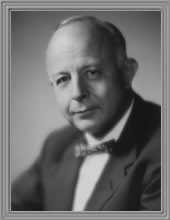 As the 84th President of the State Bar of Texas during 1964-1965, Joyce Cox exhibited great concern for reform of the judiciary branches of government. He helped to obtain pay raises for judges and sponsored a statewide study of judicial selection which culminated in the Arden House type conference at Austin. Joyce Cox held the office of State Bar vice-president in 1960-1961. He has also served as chairman and vice-chairman of several State Bar committees and as president, vice-president, and director of the Houston Bar Association. A former chairman of the American Bar Committee for the Improvement of the Administration of Justice, Cox was a member of the A.B.A.'s Board of Governors from 1971-74. He represented Texas in the A.B.A.'s House of Delegates.

Cox was the son of attorney Moses G. Cox and Mary Joyce Cox. He was born in Cameron, Texas, on September 16, 1904. He attended the University of Texas at Austin, where he received his B.A. degree in 1924 and LL.B. degree in 1927. As a University student, he was a member of the Athletic Council, Phi Beta Kappa, Phi Delta Phi, the Chancellors, and the Texas Law Review. Cox was admitted to the Texas Bar in 1927, but he subsequently enrolled at Harvard law school and received an S.J.D. degree in 1928. He married Gertrude Amerson in 1929. After her death, he was remarried to Gail Willbern in 1953. He had three boys and two girls. One son was also a lawyer.

In 1969 Cox was appointed chairman of a committee of Texas lawyers that met to urge the adoption of the "American Bar Association Minimum Standards for the Administration of Criminal Justice" which were developed during a five-year, million-dollar national study sponsored by the A.B.A. Cox practiced in Dallas, Galveston, and Chicago before permanently settling in Houston in 1941. He was a chancellor of Houston's Trinity Episcopal Church and a member of the Scottish Rite Masons. Cox died on February 20, 1984.