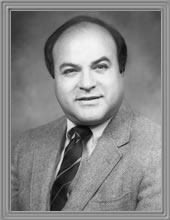 Eduardo Roberto Rodriguez is a partner in the Brownsville law office of Atlas, Hall & Rodriguez, L.L.P. He formerly was of counsel to Rodriguez & Nicolas, L.L.P., and a senior partner in Rodriguez, Colvin, Chaney and Saenz, L.L.P., both in Brownsville. A lawyer in general practice, Rodriquez served on the State Bar of Texas Board of Directors from 1987 to 1990.

As president of the State Bar, Rodriguez helped organize the Future of the Practice of Law symposiums, providing law students and lawyers with tools to help them manage their careers. He also introduced a “Pipeline Project,” adapted from an ABA program, that matches lawyers with fourth-grade classes throughout the state in an effort to give students a role model, plant the seed of possibility, and keep students in school. The effort is based on his belief that every lawyer has a responsibility to give back to their profession and the community.

Rodriguez also worked with 2005-06 TYLA President Lee Ann Reno to help expand the use of the “American Juror” program and with the Texas Access to Justice Commission to find solutions for providing civil legal services to poor Texans.

Rodriguez received his B.A. from George Washington University and J.D. from the University of Texas School of Law, where he served as president of the Law Alumni Executive Committee in 2001 and was awarded the Honorary Order of the Coif in 2000.