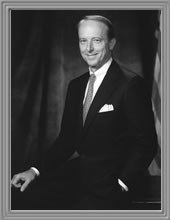 David J. Beck co-founded Beck, Redden & Secrest in January 1992. He was formerly a senior partner of Fulbright & Jaworski in Houston. He was named as one of the 25 greatest lawyers of the past quarter century in Texas Lawyer’s 25th anniversary issue. He earned a B.S. from Lamar University in 1961 and received his LL.B. from the University of Texas School of Law in 1965.

He served as president of the American College of Trial Lawyers. He has been named an advocate of the American Board of Trial Advocates, fellow of the International Academy of Trial Lawyers, a fellow of the American Bar Foundation, and a sustaining life fellow of the Texas and Houston bar foundations. He is a former chair of the Texas Bar Foundation Board of Trustees, a life trustee of the U.T. Law School Foundation, and a former president of the U.T. Law School Alumni Association. Beck also served as co-chair of the U.T. School of Law Endowed Presidential Scholarship Committee. He received the U.T. Law School Faculty Award in 1985 and State Bar President’s Award in 1986. In 2004, U.S. Supreme Court Chief Justice William Rehnquist appointed Beck to the Judicial Conference Standing Committee on Rules of Practice and Procedure.

A member of the State Bar Board of Directors from 1980 to 1983, he chaired various State Bar committees, including the General Convention, Convention Evaluation, and Staff Efficiency committees. He also served as chair of the State Bar Tort and Compensation and Environmental Law sections and as a member of the Advisory Rules Committee of the Supreme Court of Texas and Advisory Council of the Texas Center for Legal Ethics and Professionalism. He served as the 1991-92 president of the International Association of Defense Counsel.

He has published numerous law journal articles and has lectured at many bar association and law school CLE programs. In 2007, he received the Leon Green Award from the Texas Law Review Association. He authored the Annual Survey of Evidence Law in the Southwestern Law Journal from 1977 to 1982 and wrote the 1991 book, Legal Malpractice in Texas.