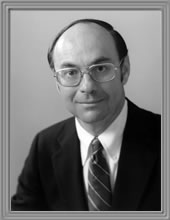 Following law school, Smith served in the U.S. Army as an infantry officer in Korea for 16 months. He was then appointed assistant city attorney for the City of San Antonio. He served in that position until 1960. He then joined the law firm of Groce, Locke & Hebdon, where he practiced for many years.

Smith has been very active in local and State Bar activities. He has served on the District 10 Grievance Committee six years, three as its chairman. After holding nearly every elected office in the San Antonio Bar Association, he served as its president in 1976-77. He was then elected to the State Bar Board of Directors on which he served from 1978 until 1982. He was elected as chair of the board of directors and served from 1980 until 1981. He also served on the State Bar Executive Committee from 1980 until 1982. Smith is a Life Fellow of the Texas Bar Foundation. Additionally, Smith served as chair of the Executive Director Search Committees in 1980 and 1981, and as vice chair of the Dues Referendum Steering Committee in 1981, the 1984 Convention Committee, the James C. Watson Inn of former Officers and Directors, and the Bar Oversight Committee. Smith also served as president of the Association of Insurance Attorneys in 1976-77 and on the board of directors of the St. Mary's Law School Alumni Association and the Texas Association of Defense Counsel. He is also a member of the International Association of Insurance Counsel and the Federal Bar Association.