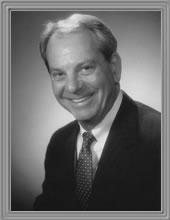 Dunn served as a director of the State Bar of Texas from 1984 to 1987 and on the State Bar Executive Committee from 1986 to 1987. He served on the State Bar's Long Range Planning, Opportunities for Minorities in the Profession, Budget, Sunset Review, and Continuing Legal Education committees. He was a sustaining life fellow of the Texas Bar Foundation. Dunn served as president of the Houston Bar Association during 1979-80. He was a founding fellow of the Houston Bar Foundation, serving on the Houston Bar Foundation Membership Committee and the Committee for Appellate Judiciary. Dunn was a member of the American Bar Association Litigation Section and served on the section's committee on Teaching of Trial Advocacy.

He was also a member of the Texas Association of Defense Counsel and served on the boards of directors of the Houston Inns of Court, Brazos Presbyterian Homes, Houston Lawyer Referral Service, and as a trustee of the South Texas College of Law. He is survived by his wife of 58 years, Fran Dunn, and their two daughters, Amy Dunn Taylor and Beth Dunn Plummer.