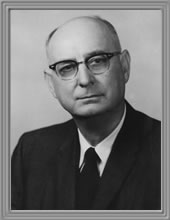 The State Bar presidency of A.J. Folley saw the organization of the Bar's Advisory Council, the completion of a revised Code of Criminal Procedure for Texas, and the final adoption of the amendment to the State Bar Rules concerning the mechanics of submission and passage of convention resolutions, the purpose of which was to prevent passage of resolutions and motions by only a minority of the Bar members. A.J. Folley was President of the State Bar in 1959-1960. He was a member of the A.B.A.'s House of Delegates in 1962-63 and is a Fellow of both the American College of Trial Lawyers and the American Bar Foundation. He served on the Texas and National Commissions on Uniform State Laws.

While in Floydada, Folley served as district attorney of the 10th Judicial District from 1929-34 and as district judge from 1934-1937. In 1937 he moved to Amarillo. He was an associate justice of the Amarillo Court of Civil Appeals from 1937-1943, a member of the Texas Commission of Appeals from 1943-1945, and an associate justice of the Supreme Court of Texas in 1945-1949. Judge Folley was a member of the Democratic Party and an elder in the Presbyterian Church, belonging to the Rotary Club, the Amarillo Chamber of Commerce, the Amarillo Country Club, and the Amarillo Masonic Lodge. Judge Folley was married to Blanche Bass from 1929 until her death in 1960; he married Rowena Jones in 1962. Folley died on May 10, 1981, and was survived by his wife, a daughter, and two stepsons.