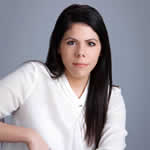 AUSTIN — Houston lawyers have elected Carmen Roe to represent them on the State Bar of Texas Board of Directors.

Roe faced Courtney T. Carlson in a runoff election for the District 4, Place 5 seat on the board after none of three candidates received a majority of the vote in a general election that ended May 1. The runoff was held May 10 through 5 p.m. CT May 24.

Roe has owned her downtown Houston law firm for 12 years and defends the accused in both state and federal court. She is a fellow of the Texas Bar Foundation and also a continuing member of several local, state, and national criminal bar associations. Roe was named a 2014, 2015, and 2016 Texas Super Lawyer Rising Star, and a 2015, 2016, and 2017 Texas Super Lawyer. She is a legal analyst for a Houston news station and a guest legal analyst on MSNBC.