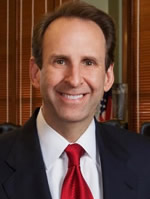 AUSTIN — Texas attorneys have elected Randy Sorrels of Houston as the next president-elect of the State Bar of Texas.

The 32,445 votes set a record for the highest total of votes ever cast in a State Bar election. With 31.8 percent of the bar membership voting, it was also the highest turnout percentage since 2000.

Sorrels will be sworn in as president-elect during the State Bar’s Annual Meeting on June 22, 2018, in Houston and will serve as president of the State Bar of Texas from June 2019 to June 2020.

Sorrels is board certified in personal injury trial law and civil trial law by the Texas Board of Legal Specialization. He is the managing partner in Abraham, Watkins, Nichols, Sorrels, Agosto & Aziz, a 67-year-old personal injury firm.

While he is regularly recognized by Texas Monthly and Texas Super Lawyers as one of their Top 100 Lawyers in Texas for his client representation, he also is passionate about pro bono work. He financially supports the legal clinics at South Texas College of Law Houston, where law students are mentored while helping the community. Sorrels has served as president of the Houston Bar Association, the Houston Trial Lawyers Association, and the Texas Association of Civil Trial and Appellate Specialists. He has served on the State Bar of Texas Board of Directors and currently serves on the South Texas College of Law Houston Board of Directors, as well as the board of the Texas Trial Lawyers Association. He is a past chair of the Texas Bar Foundation. Sorrels is a magna cum laude graduate of both Houston Baptist University and South Texas College of Law Houston. He is married to a lawyer and has four children and two dogs. Two of his children want to become lawyers.

In the Texas Young Lawyers Association election, Victor Flores of Denton was elected president-elect and will serve as TYLA president from June 2019 to June 2020. Flores received 55 percent of the 5,353 votes cast; his opponent, Raymond Baeza of El Paso, received 44 percent. Write-in candidates accounted for 1 percent of the votes cast.

Flores served in the Marine Corps and is an Iraq War veteran. He practices government law in Denton and serves on the Texas Bar Journal Board of Editors, the council of the State Bar of Texas Government Law Section, the Texas Young Lawyers Association, and the American Bar Association Young Lawyer Division Council.

Flores is also a fellow of the Texas Bar Foundation, a frequent speaker at Texas Bar CLEs, a mentor with Communities In Schools of North Texas, and legal counsel to his church.

For his service to the public and the bar, Flores has received the LeadershipSBOT Pedro “Pete” Serrano Leadership Award, a resolution from 2016-2017 State Bar President Frank Stevenson, TYLA’s annual President’s Award, and the Hidalgo County Bar Association’s Rookie of the Year Award.

Flores’ favorite breaks from work are date nights with his wife, Kristal, and reading bedtime stories with his son, Brennan.